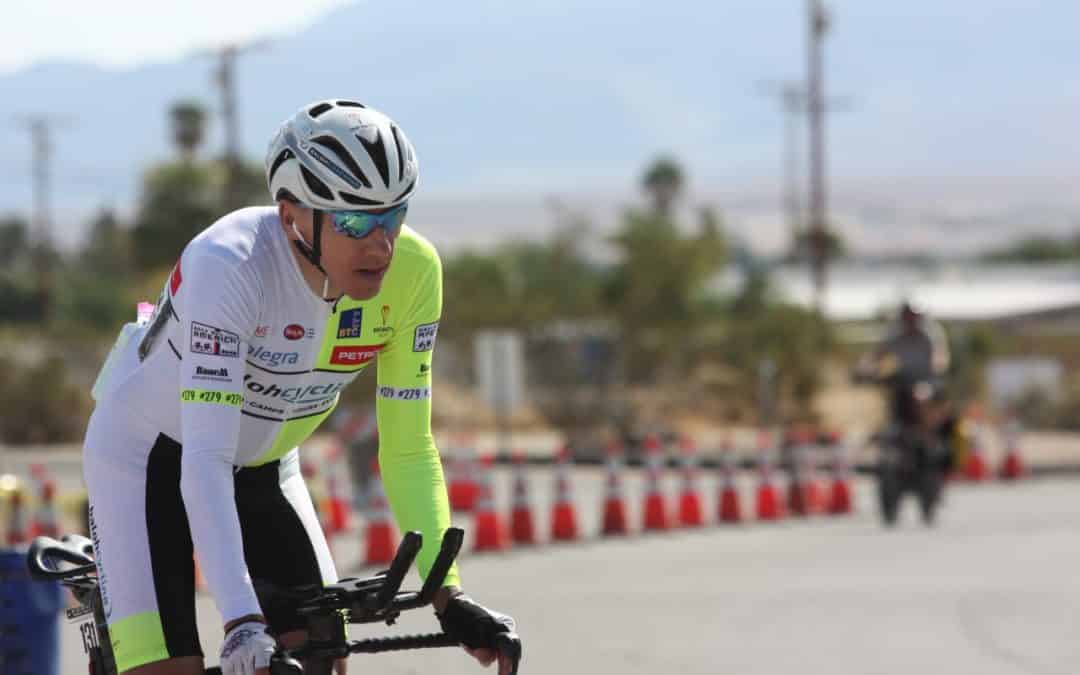 1. How was your RAAM 2019 experience? How did it feel to break an age group record?

RAAM 2019 was actually my 10th participation as a racer, you can add two more (one as crew chief and another as a RAAM official), so 12 in all. This year experience was in one word – AWESOME! Somehow everything just clicked together and it was beautiful to experience. I was not feeling at 100% before the start, as I didn’t do as much training as would have wanted. I was pretty ill in May, when the most important chunks of training are supposed to happen and I was lying in my bed, feeling sorry for myself. I guess this just shows that experience does count a lot in a race like RAAM and also that I am actually prepared and ready to start such a hard race without big chunk of special hard training weeks.

We had a pretty much new crew, only three from Slovenia, the rest were US citizens, to cut down the expenses. They met two days before the start. We had a couple of rookies, a couple of experienced crew people and only Irma and Borut who are a pair of set crew members since last couple of RAAMs. No big deal though, they were awesome. Irma coached the new members as the race went on and they were getting better and better as the race went on. Myself? I only had problems on the first afternoon of the race. In the heat of the desert I was following Strasser when I suffered from really bad cramps. It has never happened to me before in RAAM. It is a race, so there was no stopping. I had to lower the tempo though, increased hydration and waited for it to go away. I took an hour or two before I could push my tempo again. Unfortunately, Strasser was far away by that time, but at least no one has passed me from other competitors. From then on it went smoothly, I never lost the sight of a big goal which was to set the record for 50-59y age group. And keeping the 3rd cyclist on the road at bay. It wasn’t easy, but we stuck it out and got it done.

Sleeping protocol was almost flawless, only three times I lost it a bit and suffered through the bad on-the-bike sleeping period. It is quite scary when thinking back. But we got it done and I am so grateful to my crew as they are the ones with a really hard job of feeding me, giving me direction and words of support, keeping me awake and million other things. My job is easy and I love it – just stay on the bike and go as fast as you can. From my point of view it was an almost perfect race, thank you guys and girls so much!

The Infinity Seats were perfect as always since I started using them during RAAM 2016. This year we changed from E3 to E1X every 8-10 hours to distribute the pressure points differently. It worked like a charm! Thank you, Dr. Vince, for once again saving my butt!

2. How was your nutrition this year?

“I have been working with Dr. Vince on my nutrition / supplements for quite a few years now. The most important benefit and probably also the most interesting for the readers is my RAAM experience, which has only got better after meeting Doc. I am not only talking about saving my behind with Infinity Bike Seat, but helping me with his nutrition guidance. He is testing my blood sample every time I am in California, which is two or three times a year and it has gone from strength to strength in those years.

The basic novelty that he’s got me using it Apple Cider Vinegar. I drink a sip every morning and when at home before every meal. I have also been using it as a drink during my races from time to time and feels good. He has tested me for some foods and drinks that work or don’t work with me, so I changed quite a bit of my breakfast & dinner protocols. Never used the coconut milk before and now it is my daily breakfast with cereal. I also stopped using the commercial tooth paste and am exclusively using the Earth Paste toothpaste. I’m also taking supplements from Standard Process, an all natural product that’s been around for more than 90 years. The Spanish Black Radish, Zymex, Lactic Acid Yeast and Stem Cell nutrients – and, I have never felt better in my career! We are not getting any younger, but with some care and attention we can hold back the years and stay vital long after 50.”

4. How was WTTC at Borrego Springs?

It was a bit of a disappointment I admit. This was my 7th World Championships 24h and in the last three in Borrego Springs I managed to always hit the 500+ mile mark. This time around it just wasn’t possible for me and I struggle with finding the reason why. I mean yes, it was cold, but it was also cold in 2016 and I made it 504 or something like that. The worrying thing for me is that I never felt my legs were firing on 100%. I mean I was pushing OK, the watts were there for the first two hours, then my Power Meter malfunctioned and could only guess my power from then on. It is not an excuse as I am experienced enough to fight through without the numbers. And I did pretty well, it is just that the feeling in my legs was always (minus maybe the first 2 hours) off, sort of like 2-3% of what I would want them to do and what they usually do. Considering that feeling, I am very proud that I managed to win the 50-59 category and finish 3rd overall. I guess it shows that the (freezing) conditions had something to do with it.

Anyway, the worry still remains is this a fluke incident or just a sign of things to come? Yes, I know I am not getting any younger, but until this year I always managed to increase my mileage from year to year. I am looking forward to 2020 to get the answer to the question? Fluke or down slope? Come to Borrego to see the answer!

A new big goal for 2020 for me. I get asked a lot if I will return to RAAM, as Strasser won’t be there to crash the field like six times before. I know I could be in the mix for a victory, regardless of my age, but the budget for doing RAAM is just too high for me to do it every year. I guess I might be back one year when I manage to raise the budget again, but next year I am going for something even harder, believe it or not. The race is called Red Bull Trans-Siberian Extreme, it is 9200km (6000miles) long from Moscow to Vladivostok. It is a stage race with stages from 300km to 1.400km long, so it doesn’t favorize the racers who can sleep less, like RAAM. The faster you are, the more rest you get during the stages. I believe this is good for me, as I tend to get weaker when I don’t get sufficient sleep. I am dreaming of victory and I will bring my Spiegel Bikes with the Infinity Seats with me to fight for victory without pain down bellow…
https://www.redbulltranssiberianextreme.com/